Best Castles In Cork To Visit 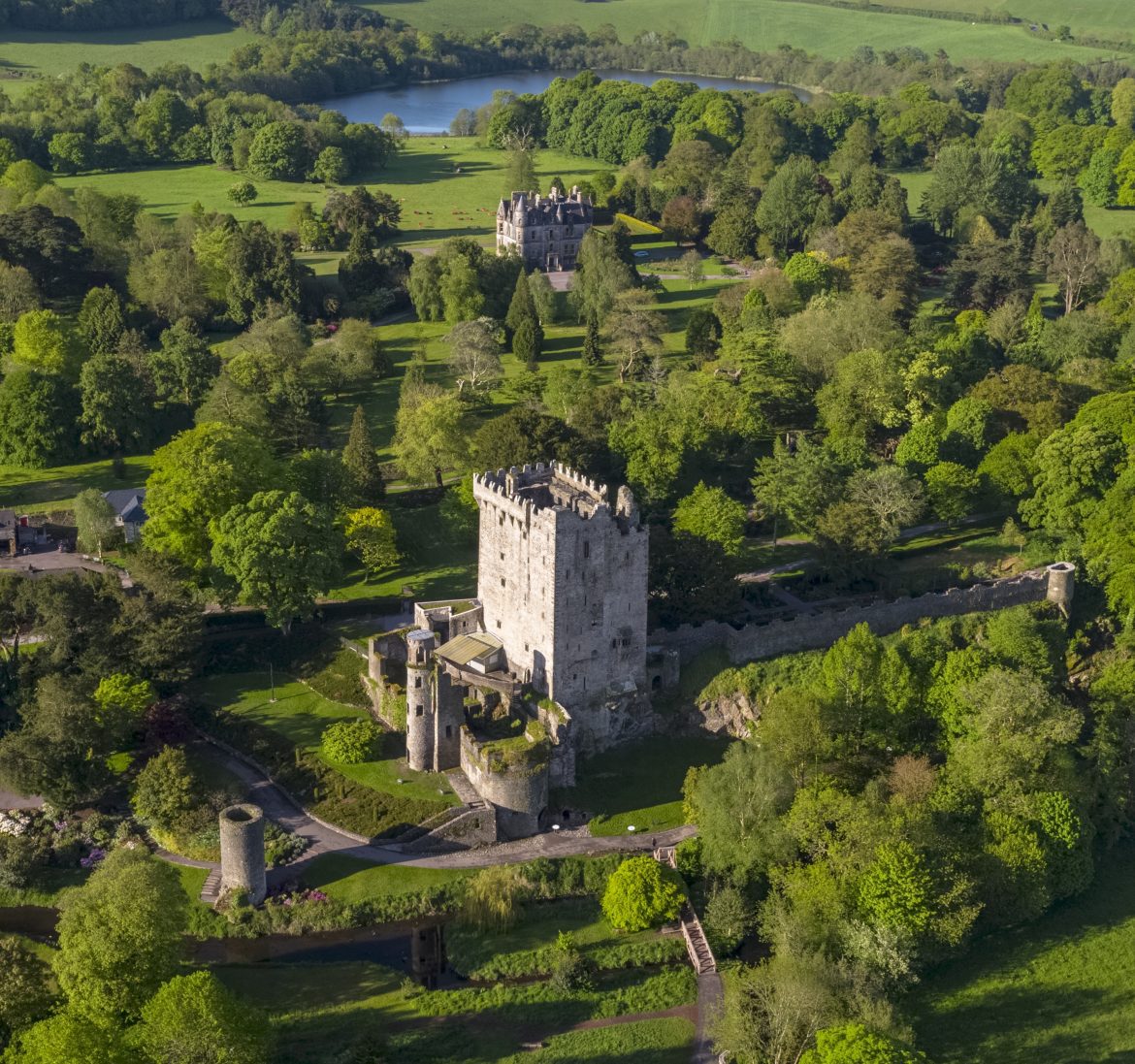 Castles are steeped in history and are often regarded as one of the most iconic tourist destinations in the world. Ireland is home to some of the most beautiful castles in Europe, and Cork is no exception. This blog post will explore the best castles in Cork and provide a brief description of each. Whether you’re an avid castle enthusiast or just looking for something new to explore in Ireland, be sure to check out these magnificent structures!

We evaluated Castles based on the following;

Customer satisfaction: Based on their Google reviews and overall rating.

Social Media: How popular they are on social media such as followers, likes, shares and reviews.

Here are the best Castles In Cork

Great ancient castle with big walking grounds around! The self guided tour is available and really educational. There are some very narrow steps on the top of the castle so make sure to wear comfortable shoes to be able to climb up. Not really for people with walking disabilities as it is tricky to climb up on very steep and narrow steps.Google My Business Review

Blarney Castle is a world-renowned landmark located in Ireland. Built-in the early 1400s by Cormac MacCarthy, a powerful chieftain, the castle has stood for centuries and continues to attract millions of visitors each year. The castle is most famous for the Blarney Stone, a legendary stone that is said to bestow the gift of eloquent speech upon those who kiss it. For centuries, people have flocked to the castle to kiss the stone, and today it remains one of Ireland’s most popular tourist destinations. Whether you’re interested in history, legend, or just want to see the famous stone for yourself, a visit to Blarney Castle is sure to be an unforgettable experience.

The best part was the friendly and skilled team. The presentation is engaging and the Castle is worth a visit, there is a nice coffee shop. I would say the planetarium is adequate for children at least 8 years old. Would not be quite interesting for those under this age.Google My Business Review

Blackrock Castle Observatory is a fascinating place to visit, housed in an iconic Cork landmark that dates back to 1582. The observatory offers visitors the opportunity to learn about the history of exploration, as well as the science behind it. The castle was originally built as a fortress to defend against marauding pirates, but it was later transformed into an astronomical observatory. Today, the observatory is open to the public and features a number of interactive exhibits. Visitors can explore the universe in the Planetarium, learn about the constellations in the Star Dome, and even take a guided tour of the night sky. In addition, the observatory also houses a cafe and gift shop, making it the perfect place to spend a day exploring all that Cork has to offer.

You can’t avvess it but looks good hidden spot.Google My Business Review

Wallingstown Castle is a ringwork castle located in the Wallingstown Industrial Estate west of Cork city in County Cork, Ireland. The castle was built in the early 13th century by the ruling Anglo-Norman dynasty as a strategic fortress to control both the meeting point of the River Shannon and the approaches to Cork city from the west. The castle was subsequently besieged and taken by Cromwellian forces during the Irish Rebellion of 1641. The castle was then granted to an Englishman, Sir Thomas Fairfax, by Oliver Cromwell. Fairfax sold the castle shortly afterwards to Captain John O’Neill, an officer in Cromwell’s army, who was from County Armagh in Ulster. The O’Neill family held onto Wallingstown Castle until 1814 when it was finally abandoned and fell into ruin. Today, only a few fragmentary remains of the original castle survive, including parts of the walls and two towers. However, despite its ruinous state, Wallingstown Castle is still an imposing structure and a fascinating reminder of Ireland’s turbulent history.

Ballincollig Castle is a Norman castle that lies in a field next to the town of Ballincollig in County Cork, Ireland. The castle was built not long after the Norman invasion of Ireland and was used as a stronghold by the local lord. Over time, the castle fell into disrepair and was eventually abandoned. Today, the castle is a popular tourist attraction, and visitors can explore the ruins of the castle as well as the surrounding area. The castle also has a large park that is perfect for picnics or simply enjoying a sunny day.

Beautifully lighted up for St.Patrick’s Day 2021. I love to visit this castle from time to time. It’s close for public but you can always take some good photos.Google My Business Review

Belvelly Castle is one of the most iconic landmarks in Ireland. Perched atop a rocky outcrop at the entrance to The Great Island, it has been a guardian of this coastal gem for centuries. Built in the 13th century, it has witnessed and survived medieval battles, played its part in Irish history, and been a beacon for emigrants as they crossed Belvelly bridge saying goodbye to Ireland for the final time. Today, the castle is open to the public, and visitors can explore its ancient halls and chambers, or simply enjoy the spectacular views from its ramparts. Whether you’re looking for a piece of history or a simply breathtaking setting, Belvelly Castle is sure to impress.

It’s getting renovated. Good to see castles getting repaired and renovated during lockdown. Need to visit this post lockdownGoogle My Business Review

Barryscourt castle is the 16th century seat of the Barry family, located in County Cork, Ireland. The site on which it now stands has been occupied for over a thousand years – there is evidence of a wooden watermill having been built next to a stream at the site sometime in the 7st century, long before any fortification existed there. In 1189, construction began on the first stone structure at Barryscourt, a Motte-and-bailey castle built by the then-ruling Anglo-Norman de Barry family. The castle was expended and improved over the centuries that followed, with the addition of new buildings and defenses. In 1588, during the reign of Queen Elizabeth I, the castle was given to Sir Walter Raleigh. Shortly after Raleigh’s execution in 1618, the castle was sold back to the Barry family. Since then, it has remained in their possession for over 400 years. Today, Barryscourt castle is open to the public as a museum and heritage site. Visitors can explore the various buildings and learn about the history of this fascinating centuries-old site.

Monkstown Castle was built in 1636 by Anastacia Archdeacon (nee Gould) as a present for her husband John Archdeacon. John was returning from his campaign in Spain, where he was fighting with King Philip. The story goes that on returning from his campaign, John Archdeacon entered Cork harbour and on seeing the newly erected fortification he thought that the enemy had taken over the headland. When he realised that it was in fact his own castle, he was so overjoyed that he lifted his wife off her horse and carried her over the threshold. The castle has been in the Archdeacon family ever since and is now open to the public as a museum and visitor centre. Visitors can explore the rooms where the Archdeacons once lived, learn about the history of the castle and its role in the Irish Civil War, and enjoy stunning views of Cork harbour from the battlements.

Dundanion Castle is a historic site located in the Blackrock area of Cork, Ireland. The castle is thought to have been constructed around 1560 by the Galway/Galwey family, who were prominent citizens of Cork during that time period. The castle was built next to a cliff that overlooks a flood plain created by the River Lee. Today, Dundanion Castle is open to the public for tours, and it has become a popular tourist destination in recent years. Visitors to the castle can explore its many rooms and corridors, and they can also enjoy stunning views of the surrounding countryside from the top of the castle walls. Whether you’re interested in Irish history or simply looking for a unique place to explore, Dundanion Castle is well worth a visit.

Kilcrea Castle, which lies in the townland of the same name south of the village of Farran in County Cork, Ireland, is a fortification that dates back to the Bronze Age. The first fortification at this site, a small mound in a marshy area south of the River Bride, was probably a fort dating back to the Bronze Age. However, nothing of it remains. The castle that stands on the site today was built in the 15th century by the McCarthy clan. It is a large structure with four round towers and a central keep. The castle was besieged and captured by Oliver Cromwell’s forces in 1650. Today, Kilcrea Castle is in ruins, but it remains an impressive and evocative site.

Are there any castles in Cork Ireland?

There are several castles in Cork, Ireland. One of the most famous is Blarney Castle. It is a medieval castle that is located in the town of Blarney, about 8 km from Cork. The castle was built in 1446 by Dermot McCarthy, King of Desmond. It is now open to the public and visitors can climb to the top of the tower to kiss the Blarney Stone, which is said to give the gift of eloquence.

How many castles are in Cork?

There are a number of castles in Cork, Ireland. Some of the most notable ones include Blarney Castle, Charles Fort, and Elizabeth Fort. Another castle worth mentioning is Rathconnell Castle which is one of the oldest castles in Ireland. County Cork also has a number of other beautiful castles such as Fota Island House, requiring Greevington House, Belturbet Castlecite, Moore Abbey and Tullaghgrounds Castle. In fact, there are so many castles in Cork that it’s impossible to give an exact number! Whether you’re interested in history or just want to explore some stunning architecture, Cork is definitely the place to be.

What castles are in Cork?

The three most notable castles in Cork are The Rock of Cashel, Blarney Castle, and Cobh Cathedral. The Rock of Cashel was built by the King of Munster in the 12th century and is now a national monument. Blarney Castle is famous for its stone that, according to legend, gives the gift of gab to anyone who kisses it. And Cobh Cathedral was once the cathedral of the British Empire in Ireland.

What is the oldest Irish castle?

The oldest Irish castle is Trim Castle, which was built by Hugh de Lacy in 1168.

Cork is a beautiful county with plenty of attractions, including some magnificent castles. If you’re looking for an interesting day trip or a weekend getaway, consider exploring some of the best castles in Cork County.