Solar Demand Has Risen Drastically According To Alternative Energy Ireland 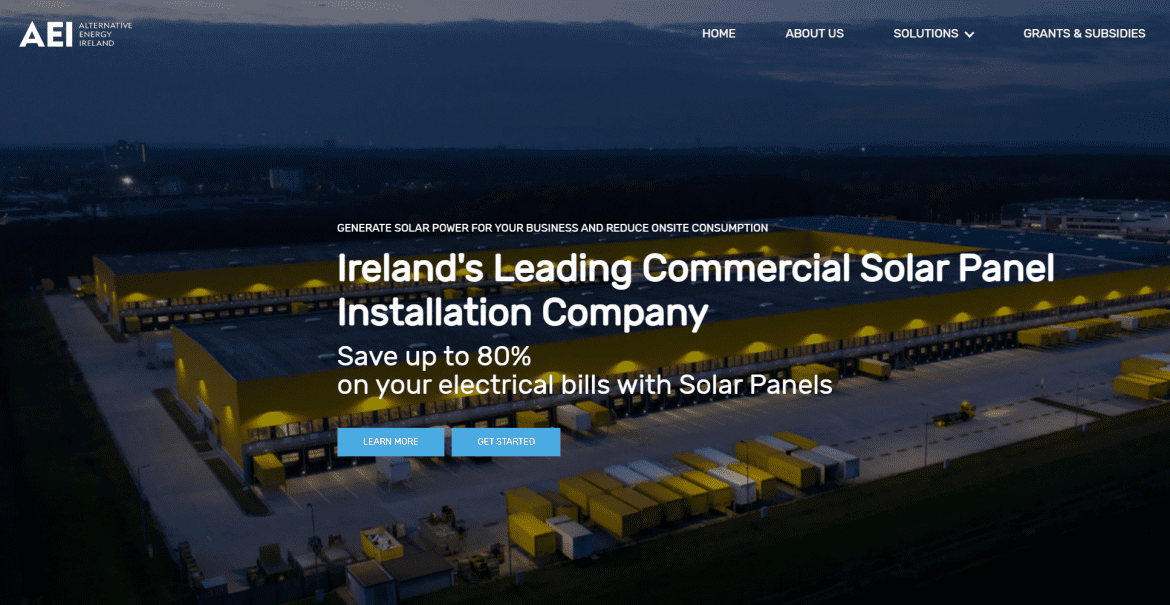 Solar energy is one of the cleanest and most efficient forms of renewable energy available in Ireland today.

Recently,  Alternative Energy Ireland (AEI), Ireland’s largest supplier of renewable energy, has announced that solar energy is growing rapidly in the country and according to figures released by the Sustainable Energy Authority of Ireland (SEAI). The report, which was commissioned by SEAI, shows that the amount of solar panels installed in Ireland has risen dramatically in recent years.

The company attributes this increase to the introduction of new grant schemes and a rise in electricity prices. Demand is expected to continue growing rapidly into 2022 and 2013.

Solar Energy Will Soon Be Accessible To Everyone

The Irish solar industry has witnessed a dramatic increase in the demand for solar energy in recent years. This is due to the increasing awareness among consumers about the benefits of solar power, coupled with attractive government incentives for installing solar panels at home and in business.

In addition to this, advances in technology have also contributed to the growth of the Irish solar industry, and interest in installing solar panels at home and business is expected to continue to grow.

Alternative Energy Ireland (AEI) reported that in the past year alone, they have seen a huge increase in demand for solar panels and they expect this trend to continue over the coming months. AEI have been reviewed by Top Rated as one of the best solar panel companies in Ireland.

The data shows that in Ireland alone, there have been over 29MW (megawatts) worth of solar PV installed till 2018, which is enough energy to power 4,000 homes in Ireland.

Furthermore, by the end of 2022, the ISEA estimates that solar power in Ireland could generate 1,500 megawatts of electricity—about 5 per cent of the country’s total electricity demand. They also added that installing 2GW of solar power could create over 7,000 jobs in Ireland only.

This shows that Ireland is certainly becoming more aware of alternative energy sources, and solar power is starting to make a large impact on the Irish economy.

SEAI has also revealed that in 2019 around 33% of the country’s total electricity consumption comes from renewable sources such as solar power, wind, and biomass. This figure is expected to rise even further over the next few years as more people are beginning to realize how beneficial these sources can be for Ireland’s economy and environment.

Watch Your Business Grow as You Save on Electricity Bills

Solar panels installed by AEI can save your business money from day one. With the average commercial installation paying for itself in less than five years, your system will then provide free electricity for the next 25 years.

With Autarco solar systems, AEI guarantees a safe investment in business solar with no risk, meaning that even after the initial savings have been made, your business will continue to benefit from free electricity.