Home » Fuel Costs Set To Rise According To an Economist
News 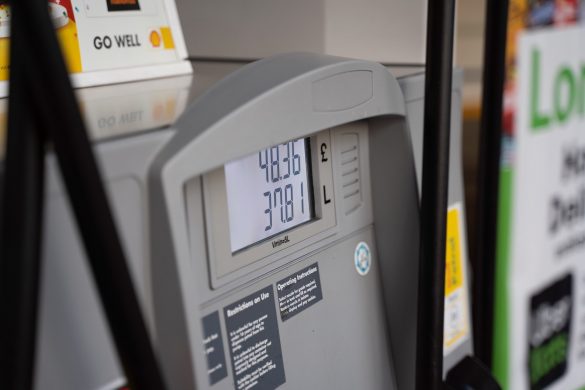 Uncertainty lies ahead for Irish households as the cost of living keeps skyrocketing. Based on figures released, the petrol price is currently at €1.84 per litre while diesel sells for €1.95 per litre. Compared to the price a year ago, that is almost 30% and 18% increases, respectively. No thanks to global energy and increasing inflation.

The end to the sticky situation is not yet in sight due to the ongoing energy crisis precipitated by the ongoing war in Ukraine.

With so much currently going on, let’s analyze it in detail and make sense of the situation.

Events leading to the rise in fuel costs

Several factors contributed to the continued hike in fuel prices. The origin can be traced to the pandemic. During the period, crude oil production dipped as the world was held back by COVID-19 restrictions. As expected, meeting up with the demands became a challenge as soon as the economies started regaining their strength, leading to an increase in the prices of fuel. As the global oil market was finding its feet, then came Russia’s sanction, following the Ukraine invasion.

All these factors resulted in a $1.88 a litre petrol price in 5 top capital cities, beating the highest price of $2.06 recorded in September 2008. During that period, the cost of diesel topped petrol by 19.3 cents a litre. No thanks to the high international prices, the cost of diesel rose by 21.9 cents from March to an average price of $2.07 per litre in the June quarter.

What’s the impact of the hike in fuel prices in Ireland?

As reported by the Department of Transports, 64% of the vehicles in Ireland are powered by diesel while 32% by petrol. Also, compared to petrol, more industries such as transport, agriculture, shipping, electricity generation, and others depend mainly on diesel. The country largely depends on oil for its energy needs.

With crude oil accounting for 45.9 per cent of Ireland’s energy mix in 2020, the country is one of the most dependent countries on oil in the EU. Considering the country also imports most of its oil needs, the price of fuel is expected to significantly affect the cost of both industrial and agricultural goods and services.

How deep is the Europe Energy Crisis?

Recent events played out the importance of Russia as one of the world’s oil producers. With the continent relying on Russia for 40% of its natural gas needs, the invasion of Ukraine and the reaction of western countries with sanctions further burdened an already fragile global energy market.

As expected, Moscow continues to cut its gas delivery to the rest of Europe, resulting in Australians facing a significant hike in gas prices. According to Dr De Mello, Senior lecturer at Macquarie University’s business school, a higher cost of living is looming as Europe prepares for the first winter after the Russian invasion of Ukraine. He predicted that manufacturers would likely switch from gas to diesel for their energy needs, raising the demand for the fuel and its price astronomically.

How do you go around high fuel prices?

In the opinion of Dr De Mello, making little adjustments in driving style could lessen the burden of high fuel prices on consumers. Even with that, you still have to find a way to shop for fuel at the lowest price possible and take advantage of price variations in different places in your city. He suggested that prices can vary between 50 and 80% when you use fuel apps. ACCC Chair Gina Cass-Gottlieb buttressed his suggestion, urging consumers to exploit fuel price apps to find the lowest price in their area alongside patronizing independent retailers.

To mitigate the continued rise in fuel prices for the people of Ireland, the minister for Finance, Paschal Donohoe, announced the government has put a hold on the planned excise cut on fuel.

An excise reduction of 21 cents on petrol and 16 cents on the price of diesel remains part of the 2023 budget. Also, there is a 16 cents per litre in respect of marked gas oil (green diesel), and all are extended until the 23rd of February, 2023.

Insuring Electric Vehicles in the USA? Make Sure To Keep These Steps In Mind